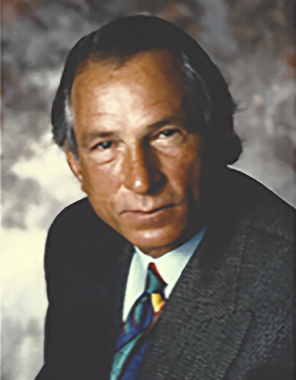 Back to Barry's story

Smith was born in Houston, Texas to parents Ivy and Georgia Smith [predeceased] and raised in Baytown, Texas. He graduated from Sam Houston College as an honor student in 1963, where he wrote for local publications Baytown Sun and Houston Post.

Upon graduation, Smith started his advertising career working with several local agencies as a copywriter. In 1971, he formed his first agency named Smith, Smith, Baldwin & Carlberg (SSB&C), which became the 5th largest firm in the Southwest.

In 1977, Smith sold his majority interest in SSB&C and accepted an offer to become a principal at W.B. Doner, one of the largest independent ad agencies in the U.S., in their Baltimore office.

In 1981, the entrepreneur bug bit Smith again and led him to found Smith, Burke & Azzam. Under his leadership, the agency was named Adweek's Southeast Agency of the Year, and Smith was recognized as one of the Top Ten Influencers in the 80s.

After a six-year run with Smith, Burke & Azzam, Barry became the Senior Vice President of Marketing for Choice Hotels. At Choice, Smith was the mastermind of Celebrities in a Suitcase, one of the most successful and recognizable advertising campaigns in lodging category history.

Following his retirement from Choice in 1999, Smith and his wife, Lynn, moved to Scottsdale, Arizona. He eventually formed another advertising agency to handle the marketing for Best Western International.

In 2003, Barry retired from the advertising business for good. He and Lynn focused their time on giving back to the community.

Eventually the Smiths moved to Georgia, where Barry spent the remainder of his life doing what he loved most: playing golf and being with Lynn.

Plant a tree in memory
of Barry

A place to share condolences and memories.
The guestbook expires on October 22, 2019.