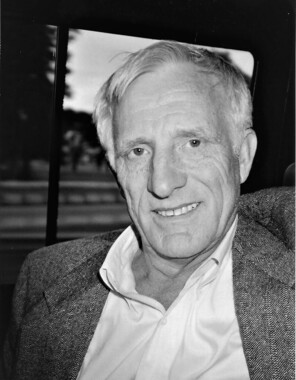 Back to Basil's story

Basil William Long, Jr., beloved husband, father, grandfather, brother, mentor and friend, passed away on February 1, 2020 at Methodist Hospital in Houston, Texas. Basil was preceded in death by his parents, Basil William Long, Sr. and Evaleen McGriff Long. He is survived by his wife, Carolyn Smith Long, his daughter, Shannon Long and husband Scott, step-sons Barton Plant and wife Amorey, Brent Plant and wife Kristen, Bill Plant and wife Amber Milburn, along with grandchildren, Chase Crowder, Mikayla Dunaway, Maddox Plant, Stanleigh Plant, Jace Plant and Ellison Plant. He is also survived by his brother Rodney Long and wife Dottie.
Basil graduated from North High School in Columbus, Ohio. Even as a young child, Basil wanted to be a veterinarian and his close family friend and mentor, Dr. General Marsh, DVM, of Elyria, Ohio, was a major influence on his decision to become a veterinarian.
He began pursuing his dream by attending The Ohio State University, graduating in 1965 with a degree in Animal Science. Upon graduation, he enlisted in the United States Marine Corps Reserves where he served his country for the next six years. After his military service, Basil worked as a sales representative for McGraw Hill Publishing Company, presenting publications to veterinary schools throughout the mid-west and southern US. In 1969, he started taking courses again at Purdue University, then returned to Ohio State where he received his veterinary degree, specializing in Small Animal Medicine and Surgery. Later, he went on to Oklahoma State University and completed his Internship in Small Animal Medicine and Surgery.
In 1978, Basil moved to Texas where he worked at Texas A&M University Veterinary School as an Assistant Professor in the Small Animal Hospital. He also performed surgery for many of the smaller Veterinary Clinics around the Brazos Valley region, which brought him to Huntsville, Texas. He said many times when explaining how he ended up in Huntsville, that when he crossed the I-45/Hwy 30 bridge and first saw Huntsville, he knew he had to live here. In 1985, he became an established veterinarian in Huntsville and served the community for over 30 years. He retired from Long Veterinary Clinic in 2016. The clinic still honors him today by using his name.
Basil always had a love of the outdoors. He and his wife Carolyn passionately enjoyed hunting, fishing, traveling (especially to Las Vegas and Argentina) and working with their bird dogs. For 25 years, he actively supported Quail Unlimited as a member, participant and officer. He has made many wonderful friends during the time he lived in Huntsville and will be missed terribly by many clinic clients as well. He always had a wonderful sense of humor and quick wit. He has left an indelible mark on many of those who have been around him or worked with and/or for him. Basil was generous with his time and resources to many and patiently provided sage, straightforward advice and encouragement to others on educational, career and life decisions.
His professional memberships included AVMA, TVMA and NRA. He also volunteered as a consultant to "Pets Helping People" and served on the Hurricane Planning Committee with the Walker County Extension Office. Other affiliations included service as President of Student Book Exchange, Columbus, Ohio.
A casual, private celebration for family and friends will be held at his home in Huntsville on Saturday, February 8, 2020 from 1-4PM.
In lieu of flowers, donations should be made to the Rita B. Huff Humane Society, the Little Woman Home for Animals or to the "No-Kill" shelter of your choice. Sam Houston Memorial Funeral Home is accepting letters of support, hope and encouragement on behalf of the family. Notes can also be posted online at www.shmfh.com. Our entire family appreciates all the love, care and concern you have shown us during this time. Thank you for all your kindness, support, love, and prayers.
Published on February 5, 2020
To plant a tree in memory of Basil William Long, Jr., please visit Tribute Store.

Plant a tree in memory
of Basil

A place to share condolences and memories.
The guestbook expires on May 04, 2020.

PATRICIA BARKER
Condolences to the family of Dr. Long he was a amazing vet and kind man. I remember when I forgot to get heart medicine for one of my fur babies Dr. Long met me up there at night so my baby did not have to go weekend without it. He will always be remembered.
Judy and Joe Emmett
Hi, Joe and I were so sad to hear the news about Basil!! What a great man. We have been out of town. Please know you are in our thoughts and prayers. Judy and Joe
David Rodriguez
Mrs. Smith, you may not remember me but I was one of your Spanish students Huntsville Intermediate many years ago, mid 90s. You remain as one of my favorite teachers. I met Mr. Long when I worked at the skeet range with Buddy Smith. I have great memories of his talks and life knowledge passed on to me. Please accept my condolences. I am very sorry for your loss. A great man.
Diana Keough
Dr. Long was one of the best vets I have ever taken my pets to. If you couldn’t afford your animals, long stays at the office, he would often let it slide. Great doctor! We need more like him.
Linda and Mike Gary
Basil will be greatly missed by his two legged friends and his four legged friends.
God bless and keep this wonderful, caring man.
Joan Howey
I will always remember Dr. Kong’s wonderful care of our beloved pets.
Jessica Hansen
What a wonderful man! He always had a kind word and hug for me! A great friend to the Hansen Family for many years. I’m sending lots of love and prayers to Basil’s family.
Sherri and David Schroeder
Basil was the most compassionate vet and a very good friend. He was always there for us. Our thoughts and prayers go out to Carolyn and his family. Basil will be very missed but never forgotten. God has him in his hands now with bigger things ahead for him.
Cheri Black
My thoughts and prayers are with the family. I took all of my animals to him over 34 years and they all loved him. I know there were a lot of animals at the”Rainbow Bridge” as he crossed over. He was such a wonderful compassionate man...
Tammy
Best patient ever. Will miss our conversations.
Heidi Hoskins Poppe
Dr.Long was a great man. The best Boss anyone could ask for. I enjoyed every day at the clinic with him. Never a dull moment and he always had the time to talk about life and offer his advice. He will truly be missed.
View all