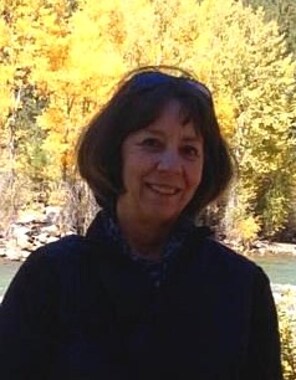 Edith D'Anne Rogers entered into eternal life on January 4th, 2020. Born January 2nd, 1946 in Houston, Texas and raised in Hunstville, she was the second oldest of 5 children to Nathaniel J. Davis, Jr. and Alice Clare Davis. She graduated from Huntsville High School in 1964, and subsequently earned a degree in Business from Sam Houston State University in 1968. D'anne served as an S.I.S.D Office Administrator of Attendance at Salyer's Elementary School before opening a successful custom furniture and interior design boutique; however, her most important and successful career was being a Mother to her three children and her two grandchildren.

It was during her time at SHSU that she met a classmate, Oliver Mack Rogers, whom she would later marry and together raise 3 children, creating lifetime of memories among the exciting and mundane. D'Anne was delighted to transition from Mother to Grandmother (DeDe) and we are grateful for the precious years she was able to spend creating memories they will keep forever. D'anne grew to embrace her Catholic faith and in her retirement, sought to understand it through countless hours of service to others and continued Catechesis study as a long time parishioner of St. James Catholic Church. She quietly but powerfully lived by example, underpinned by her belief that everyone is important and that even the chaos of life is beautiful if you just stop and look.

D'Anne was preceded in rest by her parents Nat and Alice Davis, and her siblings, Nat III, Peggy, Julie and Steve. She leaves behind her sons Greg (Rebecca) and Mark (Misty), her daughter Julia, and grandchildren Davis and Mia. Eternal rest grant unto them, O Lord, and let perpetual light shine upon them. May the souls of the faithful departed, through the mercy of God, rest in peace.
Published on January 9, 2020
To plant a tree in memory of D'Anne Rogers, please visit Tribute Store.

Plant a tree in memory
of D'Anne

A place to share condolences and memories.
The guestbook expires on April 08, 2020.

Memorial trees were planted in memory of D'Anne Rogers.  Plant a tree

A memorial tree was planted in memory of D'Anne Rogers.  Plant a tree