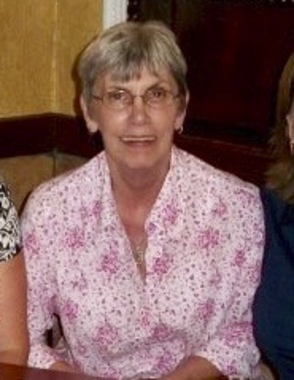 Back to Dorothy's story

DOROTHY LOUISE JONES, 76, of New Waverly, TX passed away on April 3, 2019 at Huntsville Memorial Hospital as a result of complications stemming from her lengthy battle with COPD.

Dorothy and Melvin E. Jones met in Cleveland, TX and married in 1980.

Dorothy and Melvin proudly owned Custom Waste Inc in New Waverly, TX for 20 years prior to their retirement in 2018.

Dorothy was an avid crafter and enjoyed quilting, sewing, crocheting and painting. She also loved to play board and card games at family gatherings and could play Phase 10 and Uno for hours on end. Dorothy loved her children but she especially loved her grandchildren and quite often said "I should have had them first because they are so much fun!"

Dorothy was preceded in death by her parents George Carl Erickson and Blana Madge Smith, her aunt Zona Hairgrove and her sister Lucille McNair.

The family would like to extend a heartfelt thank you to Mercy Petross for her dedicated care and to Dr. Nabeel Khan, Dr. Sudhir Sehgal, the ICU staff and the 3rd floor staff at Huntsville Memorial Hospital for the care, kindness and compassion shown to Dorothy and her family during this difficult time.

It was Dorothy's request to not have a funeral service but the family will have a celebration of her life at a later date.
Published on April 5, 2019
To plant a tree in memory of Dorothy Louise Jones, please visit Tribute Store.

Plant a tree in memory
of Dorothy

A place to share condolences and memories.
The guestbook expires on July 04, 2019.