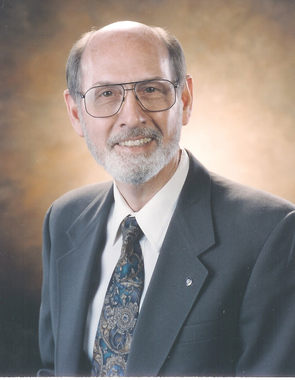 Back to Dr. Glen's story

On Saturday, March 23, 2019, Dr. Glen Edmon Mattingly passed away peacefully in Huntsville, TX at age 86 after a seven-month battle with cancer.
Glen was born in Provo, Arkansas on October 31, 1932 to Clifford and Annie Clyde Mattingly. The family moved to East Texas in 1944 and settled in Burkeville. In high school, he participated in FFA, the Chorale Society, Men's Quartet, and was basketball team Captain. Glen graduated from Burkeville High School in 1951. He attended Sam Houston State Teachers College in Huntsville, TX where he graduated with Bachelor (1956) and Master's (1957) degrees in Mathematics. Glen taught as an Assistant Professor at Sam Houston and was a Graduate Fellow at Rice University. In 1965, he earned a PhD in Mathematics from New Mexico State University in Las Cruces, where he was a three-time National Science Foundation Science Faculty Fellow. Glen then returned to SHSU as an Assistant Professor of Mathematics. In 1967, he was awarded Full Professor and became Mathematics Department Chair, a position he held for 30 years. Under his tenure, the department grew and developed to include both Computer and Informational Sciences. He retired in 2005.
Glen's professional honors and awards included membership in many professional organizations (AMS, MAA, TAS, TACT, TAAAMS, Alpha Chi, Pi Mu Epsilon); two state-level Distinguished Service Awards from the Texas Section of the Mathematical Association of America (MAA); national-level Meritorious Service Award from MAA; Executive Secretary/Treasurer (12 years) of the Texas Section MAA, where he also served as Chairman and Governor; twice President of the SHSU Faculty Forum; and member of the Governing Board of the Texas Alliance for Science, Technology, and Mathematics Education.
Dr. Mattingly was a member of the Huntsville First United Methodist Church, where he served twice as Chairman of the Council on Ministries, President of Methodist Men, Church Lay Leader, and member of the Chancel Choir. He served twice as President of the Board of Directors for the SHSU Wesley Foundation, President of the Board of Directors of the Huntsville and Walker County United Way Fund, and member of the Huntsville Walker County Chamber of Commerce.
In addition to his professional experience and community service, Glen was an active member of the Rotary Club of Huntsville since 1965, more than 53 years of service. He held many positions within the club and district including Club Secretary/Treasurer, Club Vice-President, Club President, District Conference Chairman, and Group Study Exchange Leader to Sweden. In 1977-78 at age 45, Glen served as District Governor of Rotary District 5910. During his years of service with Rotary, Glen attended 45 Rotary District Conferences and 25 Rotary International Conventions.
Glen's real passion was Rotary Youth Exchange (RYE). He developed the District RYE Program, where he served as District Chairman for 40 years. He began the RYE District-level program in 1978 with one exchange student and served as counselor for more than 25 local exchange students. Over the years, Glen and his wife Carol hosted 19 long term exchange students. During his tenure as District Chair, Glen coordinated more than 350 long-term youth exchanges and 600 short-term exchanges with over 30 countries. Glen served twice as President of South Central Rotary Youth Exchange (SCRYE) which included 29 districts in 10 states and was elected Board Member of North American Youth Exchange Network (NAYEN). To meet the requirements of the US State Department, Glen designed and developed interactive forms still in use by SCRYE today. Glen and Carol enjoyed traveling and visiting former exchange students all over the world.
Within Rotary, Glen is a multiple Paul Harris Fellow, a Major Donor, and a member of the Bequest Society. He received the Rotary International Service Above Self Award in 2004 (1 of 120 given worldwide), Keystone Award from SCRYE, District Roll of Fame Award, and District Making a Difference Award in 2018.
Outside of his professional life and Rotary, Glen enjoyed numerous interests and hobbies. As a child, he developed a love of wood and woodworking alongside his father who managed a sawmill. Glen loved to spend time in his shop building furniture and remodeling his home, the original DIY guy. He was a meticulous, accomplished carpenter who developed tools and devices to make things more efficient, even after developing macular degeneration. In addition to working with his hands, Glen had a love of classical music. He and Carol were season subscribers to the Houston Symphony for many decades. Combining his knowledge of science and carpentry, he fueled his love of music by building his own stereo equipment, speakers, and cabinets to provide optimal sound quality.
Glen was preceded in death by his mother, Annie Clyde Hill Mattingly; father and step-mother, Clifford and Tressie Mattingly; and siblings, Vermon and Randol Mattingly, and Addie Lou Mattingly Prewitt. He is survived by his wife, Carol Rea Mattingly; son, David Mattingly (Lena) of Brooklyn, NY; and daughter, Johanna Mattingly Debrecht (David) of Golden, CO; and 5 grandchildren, Noah and Rachel Mattingly, and Trevor (Damianne), Erica (Sudy), and Adam Debrecht. Glen was also survived by numerous nieces and nephews, sister-in-law Mabel Mattingly, and brother-in-law Don Prewitt. Glen loved his family and was very proud of his children and grandchildren.
Visitation will be Thursday, March 28, 5:00-7:00 pm at Sam Houston Memorial Funeral Home in Huntsville. Funeral services will be held Friday, March 29, 2019, 11:00 am at First United Methodist Church in Huntsville, with burial in the Mayes Addition of Oakwood Cemetery, in Huntsville. Memorials may be made to The Glen Mattingly Youth Exchange Scholarship Fund at Rotary District 5910 Charitable Foundation, Attn: Mary Ellen Robertson, CPA, 985 IH 10 North, Suite 101, Beaumont, TX 77706 or The Huntsville FUMC Chancel Choir at 1016 Sam Houston Ave., Huntsville, TX, 77320.
Glen will be missed by all who knew him. Born during the Great Depression in rural Arkansas, he emerged to influence the future of thousands of young people and college students and traveled the world. Glen touched more lives than most and lived by his conviction that Rotary Youth Exchange creates a better, more peaceful world.
Published on March 27, 2019
To plant a tree in memory of Dr. Glen Mattingly, please visit Tribute Store.

Plant a tree in memory
of Dr. Glen

A place to share condolences and memories.
The guestbook expires on June 25, 2019.

Restore the guestbook to view the 6 more posts by family and friends, and share a memory or message of condolence of your own.