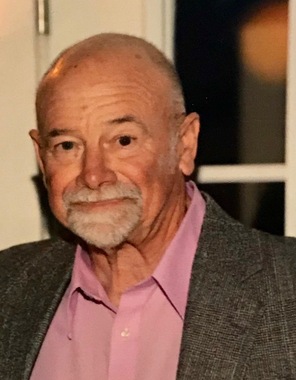 It is with great sadness that the family of G.W. "Dub" Woods announces his passing due to complications from pneumonia, on Sunday, February 10, 2019, at the age of 65 years old. He was born on January 16, 1954 in Houston, Texas to Sherrel Odis "S.O." Woods, Sr. and Lillian Wynell Colley Woods. The family lived in Houston during his early childhood until settling in Bedias, Walker County, Texas. The Woods' are one of the early pioneer families of Walker County with their ancestral Guerrant home being donated to Sam Houston State University and Museum. G.W. graduated from Huntsville High School in 1972 where he served as a Captain of the Hornet football team and participated in Future Farmers of America. He attended Sam Houston State University and graduated in 1976 with a Bachelor's of Science degree in Criminal Justice. G.W. married the love of his life, Cristina Browning, in the gazebo at Elkins Lake on April 4, 1981. G.W. and Cristina were blessed with three children, Zachary, Carly, and Ethan. He spent his career working in Field Services for the Texas Department of Criminal Justice, retiring after 27 years.
G.W. was an avid hunter, gardener, and enjoyed coaching his sons throughout their little league baseball days and supported his daughter in various sporting activities. He was a staunch supporter of his alma mater and attended many SHSU football and baseball games. His happy place was at the Guerrant farm where he hunted, fished, gardened, and hosted parties with his friends. G.W.'s love for animals was evident from the way he doted on his fur family, which consisted of three dogs: Shiner, Gypsy, and Buster; four ponies: Sassy, Nemo, Piper, and Pearl; and one donkey: Cinnabon.
G.W. will be lovingly remembered by his devoted wife of 40 years, Cristina, and his children, Zachary Wayne Woods (Melissa Shook Woods), Carly Michelle Woods, and Ethan Browning Woods (Kelsey Lauren McFarlin). G.W. will also be fondly remembered by his three grandchildren, Matthew Wayne Shook, Kiley Rayne Woods, and Autumn Grace Woods; by his brother, S.O. "Woody" Woods (Julie Adams Woods); mother-in-law, Helen Haines Browning; brother-in-law, Robert Andrew Browning; nieces, Allison Wynelle Woods Marsh (Trent Kreg Marsh) and Shelley Woods Blair (Bradley Wayne Blair); great niece, Allie Grace Blair; and great nephews, Mason Dillard Marsh and Connor Mathew Blair; along with numerous cousins, aunts, and uncles as well as friends. G.W. was preceded in death by his father, S.O. Woods, Sr., and his mother, Lillian Wynell Colley Woods, as well as his father-in-law, Garth Ronald Browning.
Visitation with the family will be held at Sam Houston Memorial Funeral Home located at 1700 Normal Park Drive, Huntsville, Texas 77320 on Thursday, February 14, 2019 from 6:00pm to 8:00pm. A funeral service in memory of G.W. Woods will be held at Northside Baptist Church located at 1207 FM 980, Huntsville, Texas 77320 on Friday, February 15, 2019 at 2:00pm with Reagan Cooksey officiating. Interment will take place at McAdams Cemetery located at 1251 FM 1696 Road W, Huntsville, Texas 77320 immediately following the funeral service.
Those who desire to make memorial donations in memory of G.W. Woods in lieu of flowers can donate to the following charitable organizations: Diabetes Research Institute Foundation (diabetesresearch.org, Donate), American Kidney Fund (kidneyfund.org, Give Now), American Heart Association (Heart.org, Make A Memorial Donation), or the American Cancer Society (cancer.org, Donate). G.W.'s family encourages those that are able, to consider becoming a blood and/or organ donor to save lives.
Published on February 12, 2019
To plant a tree in memory of G.W. Woods, please visit Tribute Store.

Plant a tree in memory
of G.W.

A place to share condolences and memories.
The guestbook expires on May 13, 2019.

Restore the guestbook to view the 7 more posts by family and friends, and share a memory or message of condolence of your own.