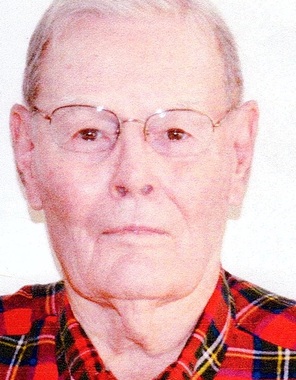 Back to Gordon's story

Gordon G. Morris was 92 years old when he passed away on March 23, 2019 and went to be with the Lord. Gordon, the second son of Cordous and Marcile Morris was born on January 22, 1927 in Lamesa, Texas. After a few years in west Texas and a few months in Clovis, New Mexico the family moved first to Kilgore then to Longview, Texas, where he grew up and graduated from Longview High School in January 1944. He enlisted in the US Navy in May 1944, after boot camp he was assigned to the Hospital Ship USS HOPE AH7 and deployed to the South Pacific from the Ulithian campaign until the end of World War II.
He met his wife of over 68 years while on leave in May 1946; however they were not married until 19 months later on January 5, 1948 after his discharge from the Navy. Iris then worked getting her PHT Degree (putting hubby thru) while he attended Kilgore College, graduating in 1951 from Louisiana State University with a BS in Mechanical Engineering. He then went to work for The California Co. (subsidiary of Standard Oil of California now Chevron) in Natchez, Mississippi, followed by assignments in Colorado, Wyoming, Mississippi, Louisiana and the offshore Gulf of Mexico. He transferred to Libya as Chief Design and Construction engineer with Amoseas Petroleum in 1971 and worked there until they were nationalized in 1974. He then transferred to Saudi Arabia as a Project Manager with Arabian American Oil Company for the Design, Fabrication and Installation of oil and gas production facilities in the Persian Gulf. Retiring in 1984 they moved to Elkins Lake in Huntsville, Texas. There they continued their travel and toured countries in both hemispheres, including all Seven Wonders of the Modern World and a trip to Wager Bay, Canada to go see the Polar Bears and a real viewing of the Aurora Borealis. He enjoyed golf (until his eyesight failed), the wildlife, his yard, friends, and his lifetime hoby of photography. He was an active member of the First Baptist Church where he was the unofficial church photographer for over 24 years.
He was preceded in death by his father, mother, sister (Delores), and wife Iris. He is survived by his son Lee and wife Lisa, brother Cordous and nephews. The visitation will be held on Wednesday, April 3rd at 9:00am - 10:00am, with the Memorial Service to follow also at Sam Houston Memorial Funeral Home; 1700 Normal Park, Huntsville, TX 77340. Following the service, Gordon's will be interred at Houston National Cemetery. For those so desiring memorials may be made to Boys and Girls Country, 18806 Roberta Road, Hockley, Texas 77447 or First Baptist Church, Huntsville. Condolences to the family may be made at www.shmfh.com.
Published on April 1, 2019
To plant a tree in memory of Gordon Grey Morris, please visit Tribute Store.

Plant a tree in memory
of Gordon

A place to share condolences and memories.
The guestbook expires on June 30, 2019.