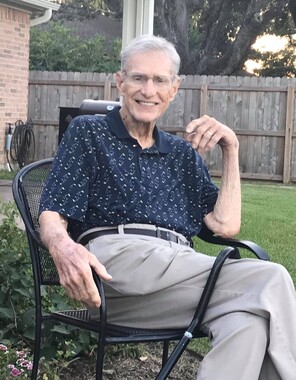 Back to Herman's story

Herman H. Bolton was born in Houston on June 26, 1926 to William C. Bolton and Estelle Hicks Bolton. He was the 4th of 5 children including older sisters Avis and Loriece "Recie", older brother Bill, and younger brother Jim. Herman attended Lamar High School before enlisting in the U.S. Navy and he served in the Pacific during WWII. After the war he returned to Houston, graduated from Lamar, and attended the University of Houston where he became a life-long Cougar fan.

He married Ludelle King Bolton in 1957 and they became proud parents of daughter Valinda and son Mark. Throughout his life he was a dedicated church member and served in many capacities first at South Main Baptist in Houston and later at Elkins Lake Baptist in Huntsville. Herman was also active in his community as a volunteer for Westbury Little League, Westbury Fun Football, prison ministry, and as president of the Elkins Lake Community Association. He and Ludelle loved to square dance and for many years were part of the Stomping Saints Square Dancing Club. After retiring from Chicago Title Company in 1986 he was able to get back to his golf game and was an avid golfer in his retirement. Last year he was thrilled to be named Valentine's King at Country Village Care in Angleton where he made many new friends in the last two years. He brought enthusiasm, good humor, and dedication to all his endeavors and his warm smile and quick wit will be missed by those who knew him.

Herman is predeceased by his parents and siblings. He is survived by his daughter Valinda and her husband Andy, and son Mark and his wife Roxana, granddaughters Leslie and Bailey, grandson Marshall, and many beloved nieces and nephews.


Online condolences may be sent to the family at www.palmsfuneralhome.com
Arrangements by Palms Funeral Home ~ Angleton, Texas
Published on March 12, 2020
To send flowers to the family of Herman H. Bolton, please visit Tribute Store.

Send flowers
in memory of Herman

A place to share condolences and memories.
The guestbook expires on June 10, 2020.

A memorial tree was planted in memory of Herman H. Bolton.  Plant a tree

Your family is in our prayers as you celebrate Herman’s life. We have such fond memories of him and Ludelle . God bless you. 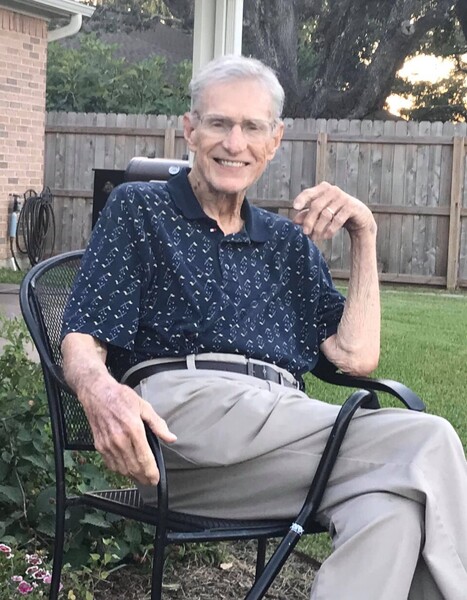