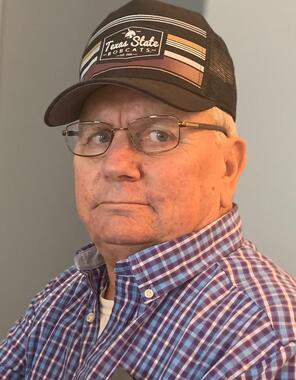 J. B. Smith, Jr. of Huntsville, Texas was born June 16, 1950. To his family and friends he was known as "Bitty Boy".
J. B. went to be with the Lord on Friday, January 24th, 2020 at his home in Huntsville, Texas after a tenacious 8 month battle with pancreatic cancer. He was 69 years old and was the 3rd child born to the late J. B. and Marguriett Waugh Smith.
Bitty Boy was a great outdoorsman. His most treasured love was rabbit hunting with his nephews, Tim and Daniel Smith of Huntsville, Texas and many of his avid rabbit hunting friends. He also enjoyed raising and tending to his flock of chickens, family reunions and playing dominoes. He was known as "The Domino King" by his sister-in-law, Cindy Shelton.
In addition to his parents, J. B. and Marguriett, Bitty Boy was preceded in death by his stepmother Margaret McVey Smith, sister Joyce Keller Wilson, sister Mae Smith Wittkohl, brother Jerry Smith, Sr. and wife Darlene Cannon Smith.
He is survived by his loving and devoted wife Christy Pressler Smith of Huntsville, Texas, brother Charles Smith of Huntsville, Texas, sister Sherry Smith Hawkins of Blanco, Texas, sister Faye Smith Lechow and husband Charlie of Johnson City, Texas and sister-in-law Cindy Shelton of Pasadena, Texas. He is also survived by numerous nieces and nephews. A heartfelt acknowledgement to nephew Tim Smith of Huntsville, Texas who was like a son to him. He will be remembered lovingly and with joy by many and greatly missed.
A special note of thanks to Allumine Health Hospice team who loved and cared for him with great compassion. They helped in so many ways to make his passing peaceful and comfortable. We could not have done it without them. They are truly our angels on earth.
Bitty Boy did not want a memorial service as he was a very quiet and private man that did not like a lot of attention. We will have a celebration of life at a later date to honor him.
Published on February 13, 2020
To plant a tree in memory of J. B. Smith, Jr, please visit Tribute Store.

Plant a tree in memory
of J. B.

A place to share condolences and memories.
The guestbook expires on May 13, 2020.

We love you BittyBoy and miss you terribly.

Betty Yargo
Always loved playing 42 with Bitty Boy at the family reunions in Johnson City. I loved him like a brother. Rest in peace my friend, until we meet again. You will be missed.
View all