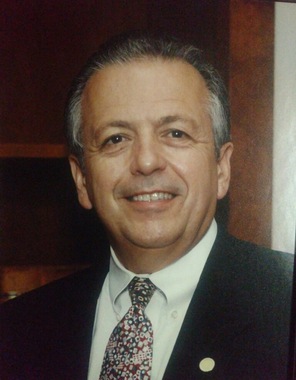 Back to Jack's story

Jack Crawford Parker finished his journey in this life Saturday morning June 22, 2019, when he met his Lord face to face, took his hand and went to his home in Glory. He valiantly fought and lost his two and a half year battle with pancreatic cancer. He had just celebrated his seventy-seventh birthday.
Born in 1942 to parents Rose Abdo and J. C. Parker, in Wichita, Kansas, Jack was educated in Houston, Texas, where he became an Eagle Scout with the Boy Scouts of America and graduated as Valedictorian of his Reagan High School class. He graduated from SHSU with a Bachelor of Business Administration degree in accounting in 1964 and earned his Masters of Education degree from Texas A&M in 1969. He completed his public accountant certification in 1977.
Following a brief career in public accounting, he returned to SHSU in 1967 as Associate Director of Admissions, became Business Manager in 1969, Comptroller in 1973 and ultimately Vice President for Finance and Operations, from which he retired in 2008 after 42 years of dedicated and distinguished service.
In addition to his role as a university administrator, Parker was also a leader in the Huntsville community, serving as a member and president of the Huntsville Rotary Club which named him a Paul Harris Fellow, director on the Huntsville Memorial Hospital Board of Directors, organizer and chairman of the board of Lake Area National Bank, director of the Huntsville Chamber of Commerce, director of the Walker County Fair Association, and Huntsville City Council member. He was licensed by the state of Texas as a real estate broker and was the sponsoring broker of Parker and Park Realty for several years.
Jack was honored as an SHSU Distinguished Alumnus in 1995 and was initiated into the COBA Hall of Honor in 2009. He was a Life Member of the Alumni Association.
For 14 years he served as a Medical Service Corps Officer in the United States Army Reserve, attaining the rank of major. He continued to support veteran organizations until his death. His favorite leisure activities were the search for his extensive antique clock collection, bird hunting or sitting in his deer stand watching for the big buck (deer). He also enjoyed working with his herd of Brangus cattle on his family land in Weldon.
Following his retirement from SHSU, Jack continued to be active in the community, serving as a member of the Sam Houston Foundation, on the board of directors with Community Service Credit Union and Creekside Retirement Community. He was an elder, trustee and chairman of the board at First Christian Church for many years.
Surviving Jack are his wife of 54 years, Ruth Lynn Adams Parker, daughters Quincy Lynn Parker and Kelley Leigh Parker Wilkinson, and beloved granddaughter Parker Elizabeth Wilkinson. He is also survived by his brother Phillip and wife Pam and their family Michelle, Travis, and Vivian Parker. Additional survivors are his brother and sister-in-law Woody and Julie Woods and their family Allison, Trent and Mason Marsh as well as Shelley, Brad, Connor and Allie Blair. In addition, also surviving are special nephews Bill (Becky) Britt, Kyle (Lonna) Britt, and Blanton (Gale) Britt and their families. He also leaves behind many friends in his church, from his college years, his business and professional life, as well as his hunting "buddies."
Jack was preceded in death by his parents, his in-laws Thomas Q. and Emma Dean Adams, Libby and Bob Britt, Clifford Adams, his son-in-law Kenny Wilkinson, and his nephew Michael Parker.
Visitation will be Thursday, June 27, from 5:00 to 8:00 p.m. at Sam Houston Memorial Funeral Home. A celebration of life will be Friday, June 28, at 2:00 p.m. at First Christian Church, 1800 Avenue R.
Honorary pallbearers will be Gerardo Alarcon, Gerardo "Lucas" Alarcon, Jose Luis Alarcon, Robert Bruner, Jodie Crawford, Bart Davis, Brad Davis, J. D. Davis, Bill Durham, Lowell Gratz, Bill Green, Randy Hardwick, Ralph Lawson, Paul Ridings, Brinson Sangster, Gary Smith, Tim Tyler, Bobby Walton, and Craig Wheeler.
In lieu of flowers, memorial contributions may be made to: First Christian Church, 1800 Avenue R, Huntsville, Texas, 77340; MD Anderson Cancer Center, PO Box 4486, Houston, Texas 77210 (Pancreatic Research on memo), or Ruth Lynn and Jack C. Parker Endowment Scholarship, Sam Houston State University, PO Box 2537, Huntsville, Texas, 77341.
Condolences to the family may be made at www.shmfh.com
Published on June 25, 2019
To plant a tree in memory of Jack Crawford Parker, please visit Tribute Store.

Plant a tree in memory
of Jack

A place to share condolences and memories.
The guestbook expires on September 23, 2019.