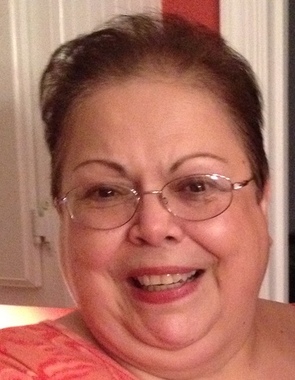 Back to Judy's story

Judy Olivarez Adib, 66, of Huntsville, Texas, passed away on Thursday, November 21 in Conroe, Texas. A memorial service will be held at the Sam Houston Memorial Funeral Home at 10:00 am on Friday, December 6, 2019. A reception will follow at Creekside Methodist Retirement Communities in Huntsville.
Judy Olivarez was born July 30, 1953 in Wharton, Texas to Reyes Olivarez, Sr., and Guadalupe Sosa Olivarez. She graduated from Wharton High School in 1971, and met her future husband Hadi while working as a waitress at a local restaurant. They married on April 26, 1974 in her grandmother's rose garden in Wharton, then moved to Iran in 1975, where she traveled throughout the country and experienced its rich history. After the birth of their daughter Kayvan in 1977, the family returned to Texas and settled in Huntsville. She worked for TDCJ's Institutional Parole Office for over 30 years before retiring.
She touched everyone's hearts, minds, and stomachs with laughter, kindness, and delicious homemade food and desserts. Her rum cakes were a hit year-round, her tamales were savored by hundreds, and everything that came out of her kitchen was appreciated to the last bite. Her sense of humor, generosity, and thoughtfulness will be sorely missed.
She is survived by her daughter Kayvan Patti, son-in-law Jason, grandsons Alexander and Evan; sisters Cecilia (Craig) Toenniges, Lupe (Edmundo) Callejas, and Anna Olivarez; brothers Cayetano (Micaela) Olivarez, Ismael Olivarez, and Reyes (Derenda) Olivarez, Jr.; and numerous nieces and nephews. She was preceded in death by her parents; her husband Hadi Adib; and her sisters Yolanda Mata, Herlinda Lara, and Teresa Cisneros.
Condolences to the family may be made at www.shmfh.com.
Published on December 4, 2019
To plant a tree in memory of Judy Olivarez Adib, please visit Tribute Store.

Plant a tree in memory
of Judy

A place to share condolences and memories.
The guestbook expires on March 03, 2020.

Dora Robles
My condolences to the family .Was saddened to hear of her passing . I grew up with Judy in Wharton, Texas. Have lost touch with her but I always recall the fun times we had as children. The Olivarez family were our neighbors. Rest in peace Judy..
Julia Walsh

Thank you for your kindness and warmth. Your nickname for me was "Chica", which I thought was sweet. Rest in God's peace.

Carolyn Goodwin
Will miss my long time friend very much. Walking with the Angels now, see you again someday Judy. God bless you and your family.
View all