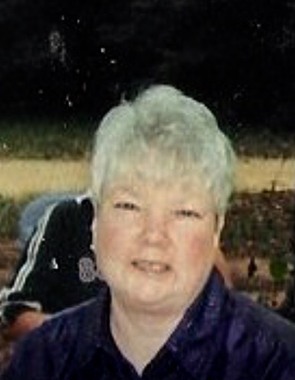 Back to Mary's story

Mary Ann Morrison, born February 27th 1951, passed away peacefully in her home in Bedias, TX on Sunday, June 23rd. She enjoyed antique shopping and brushing her little Terrier dogs. Above all, she cherished the time spent with her family. She is preceded in death by her husband, Anthony "Peanut" Morrison; her parents, Dewitt and Sue Cauthen; her siblings, Lillie Eva Hawkins, James "Buddy" Tommie Cauthen, and Linda Chambers Brock. She is survived by her sons, Anthony "Tony" Murel Morrison Jr. and Clinton "Bubba" Ervin Morrison Sr.; daughter-in-laws, Linetta Hoke and Marcy Billnoski Morrison; grandsons, Clinton Ervin Morrison Jr., Dylan Montana Morrison, and Marshall Alan Morrison; and her sister, Marie Hall. She is also survived by numerous nieces and nephews.

A Family Gathering will be held Friday June 28th at 5pm with a Memorial Service to follow at 5:30pm at Sam Houston Memorial Funeral Home in Huntsville. Condolences to the family may be made at www.shmfh.com
Published on June 25, 2019
To plant a tree in memory of Mary Ann Morrison, please visit Tribute Store.

Plant a tree in memory
of Mary

A place to share condolences and memories.
The guestbook expires on September 23, 2019.