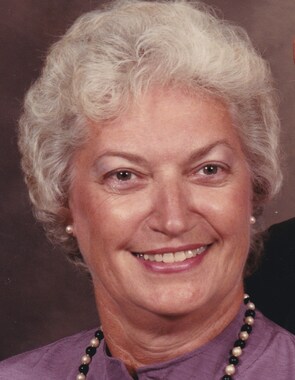 Back to Mona's story

Mona Dell DeBorde Wright was born on October 25, 1934 in Fort Worth, Texas to William Earl DeBorde and Helen Ola Ward DeBorde. She has lived in Katy since 1997 and was a resident of Shiro, Texas from 1986 to 1997. Mona was a member of the First Christian Church, in Katy, and a member of the Order of the Eastern Star, in Waller. She loved sewing and reading.
Mona Dell DeBorde Wright passed away on Thursday, August 8, 2019 in Katy, Texas at the age of 84 years.
She was preceded in death by her husband, Tom Wright on January 26, 1997 and by a brother, Adrian DeBorde.
She is survived by her daughters, Sandrea Wright Mata and her husband Luis of Katy and Kristi Wright of Katy; her grandson, Adam Mata of Katy; brother, Bill of Pasadena; and by numerous other loving family members and many friends.
The family will receive friends from 6:00 p.m. to 8:00 p.m. on Sunday, August 11, 2019 at Schmidt Funeral Home Grand Parkway, in Katy. Funeral services will be held at 10:00 a.m. on Monday, August 12, 2019 at the First Christian Church, in Katy, with Rev. Heather Tolleson officiating. A graveside service will be held at 10:00 a.m. on Tuesday, August 13, 2019 at the Red Top Cemetery, near Shiro, Texas.
Those wishing to make memorial gifts may do so to the charity of their choice.
To express condolences, please visit www.SchmidtFuneralHome.net
Funeral services held under the direction of
Schmidt Funeral Home
1344 W. Grand Parkway South ~ Katy, Texas 77494 ~ (281) 391-2424
Published on August 10, 2019
To plant a tree in memory of Mona Dell Wright, please visit Tribute Store.

Plant a tree in memory
of Mona

A place to share condolences and memories.
The guestbook expires on November 08, 2019.