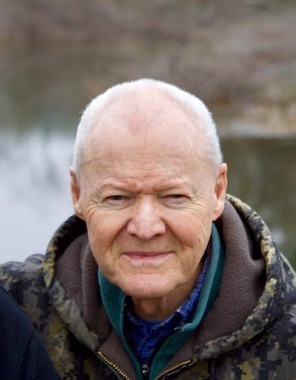 Back to Richard's story

Richard E. "Dick" Weinland, Sr., 79, of Huntsville, Texas, died after a brief illness on March 27, 2019. He was born in Pocatello, Idaho, on October 7, 1939 to Bernice "Bee" Schwob Weinland and Eugene "Gene" Weinland. Dick spent his childhood in Centerville, Ohio where he was a three-sport athlete, graduating in 1957. He went on to attend Ohio University in Athens where he was the captain of the varsity soccer team and earned a Bachelor of Science in Civil Engineering in 1962. After graduation, Dick moved to Houston to work for Shell Oil. It's there that he first met his future wife Sue MacCurdy. The two married in 1964. In 1968, he founded Heat Transfer Specialists, the firm that he lovingly grew until his retirement in 2000. Dick became an award-winning nature photographer, ultimately traveling to Africa on a photography safari. His real passions were his family and the property he and Sue acquired outside of New Waverly, Texas. There he shared his love for the outdoors with his children and grandchildren, ultimately founding "Camp Evenrude" a family summer camp he led from 2014-2018 and will be continued on in his memory.

Dick will be remembered for his generosity, his unconventional approach to everything, his ingenuity, his humility, his humor and the love, respect and support he offered not only to his own family but to friends, co-workers, associates and acquaintances.
Published on March 28, 2019
To plant a tree in memory of Richard Eugene Weinland, please visit Tribute Store.

Plant a tree in memory
of Richard

A place to share condolences and memories.
The guestbook expires on June 26, 2019.