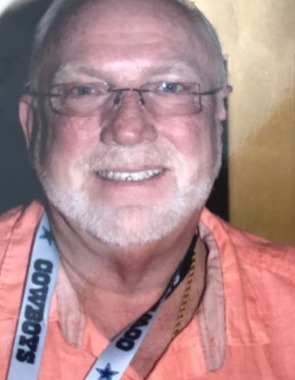 Back to Ronald's story

Ronald Keith Gross 60, of Huntsville, Texas went to be with his Heavenly Father on July 04, 2019.

He is Survived by his wife of 24 years Kimberly Gross of Huntsville TX, His mother Hazel Gross of Elizabethton TN, His Daughters; Kristi Gross daughter -in -law (Lori) of Elizabethton TN and Brittany McDougald son in law (Brian) of Huntsville TX 3 sons: Joseph Gross daughter in law(Spring) Spouse of Elizabethton TN, Christopher Hawkey daughter in law ( Stephanie)of Greenville OH and Matthew Hawkey of Winchester IN 6 granddaughter: Zoe, Lauren, Savanna, Auvrie, Grace & Cheyenne and 3 Grandsons: Aiden, Ryan and Matty he is also survived by 1 brother and 8 sisters and several nieces and nephews.

He is preceded in death by his dad Benjamin Gross his youngest son Ezekiel "Zeke" Gross his brother Richard Gross and a niece and 2 nephews.

Services will be held at River of Life Church on Tuesday July 09,2019 with the viewing beginning at 2:00pm and the service at 3:00pm there will be a private burial after with family only.

Condolences to family may be made at www.shmfh.com.
Published on July 6, 2019
To plant a tree in memory of Ronald Keith Gross, please visit Tribute Store.

Plant a tree in memory
of Ronald

A place to share condolences and memories.
The guestbook expires on October 04, 2019.