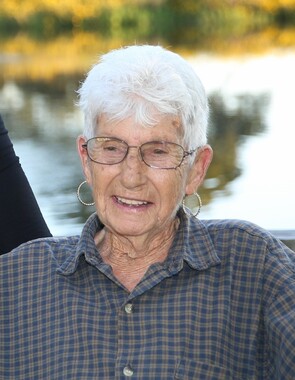 Back to Verla's story

Verla Faye Stewart Cook was born December 26, 1936, and went to be with her Lord on August 1, 2019. Verla was born in Riverside, Texas to Thomas Edward and Cornelia Ione Stewart (Foster). Verla grew up in Riverside, taught Sunday school, sang in the choir at the Riverside Methodist Church as well as Riverside Baptist Church. She graduated from Huntsville High School in 1954 and attended college at Sam Houston State University. Verla married John William Cook in September of 1954, and together they raised their family in Riverside, Tx. Verla had a love of politics and civic duty, and she turned to politics as a city councilman in Riverside from 1977-1979. She was mayor pro tem from 1979-1980 and was elected Mayor from 1980-1988. Verla worked for the Texas Department of Criminal Justice from 1971 until her retirement in 1998.
Verla is proceeded in death by father, mother, twin sister Verna Maye Stewart and sister Ruth Clark.
Verla is survived by her husband John William Cook, son John Wayne Cook and wife Kathy of Huntsville, TX, daughter Lynne Voskamp, and husband Carl of Bandera, TX, and daughter Patricia Anne Farnholtz and husband Joseph of Schererville, IN. Verla, whom many knew as Nana has seven grandchildren Toni Fisseler (TJ) John Cook III (Mandy), Lisa Michelle Blevins (John), Terri Slayden (Jimmy), David Cook, Matthew Shoemaker, and Colleen Cook. She was a beloved aunt to Diane Keene (Roger), and Russell Clark (Brenda). Verla is also survived by ten great-grandchildren, one great-great-granddaughter and numerous cousins.
Verla enjoyed living the country life on Cook Ranch in Crabbs Prairie, spending time with her family and friends and rooting for God's favorite team, the Dallas Cowboys. She was an avid book reader, and there was always a word search puzzle close at hand. She and William took many road trips to Louisiana and Livingston as she loved the sound of the slot machines. Verla will be deeply missed by those who love her.
Visitation will be Friday, August 9, 2019, from 5 p.m.-7 p.m.at Sam Houston Memorial Funeral Home in Huntsville and funeral services are on Saturday, August 10, 2019, at 11:00 a.m. Burial immediately following in Riverside at the Pioneer Cemetery.
The family would like to thank the nurses, nursing assistants and staff of Texas Home Health Hospice for their kindness and compassionate care. Condolences to the family may be made at www.shmfh.com.
Published on August 2, 2019
To plant a tree in memory of Verla Faye Cook, please visit Tribute Store.

Plant a tree in memory
of Verla

A place to share condolences and memories.
The guestbook expires on October 31, 2019.