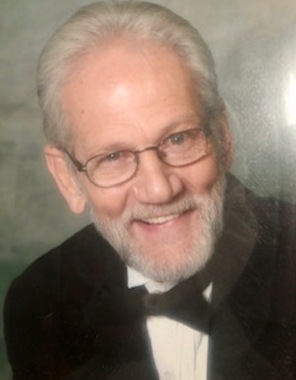 Back to William "Bill"'s story

William Morris Floyd , aka Bill, Big Bill, Daddy, Grandpa, PaPa: died unexpectedly on January 23, 2020 at the age of 75. Bill was born to parents John T. and Esther Lee Floyd on November 19, 1944 in Houston, Texas. He grew up the youngest of three and graduated from Huntsville High School with the Class of 1064. His career consisted of many endeavors but trucking was his true passion.
One of his favorite past times was sharing his many adventures of the road with anyone that would listen. If you walked into a room and did not know him you were sure to know him when you left. He was a devoted husband father and grandfather. His newfound interest was flying model airplanes over the lake at Waterwood with friends. He enjoyed music and being outdoors but especially camping with his grandchildren. Bill is survived by his beloved wife, Debbie of Huntsville, Texas; his sister, LaJuana Wooderson of Huntsville, Texas; his daughter Trica Fox and husband Joey of North Richland Hills, Texas; son Bill Floyd and wife Shera of Choctaw, Oklahoma; daughter Shawnay Tidball and husband Heath of Lonsdale, Arkansas; son Kevin Floyd and wife Keisha of Zavala, Texas; and step son Clint Thresher of Livingston, Texas as well as many nieces and nephews. His pride and joy were his 14 grandchildren and one great granddaughter. He is preceded in death by his parents; his brother, John Burnett Floyd of Huntsville, Texas and a great granddaughter Everly Mae Ramsey of Justin, Texas. He was a man of the Lord with gives his family great comfort and peace. He will be deeply missed.
Family will receive friends at 1:00pm on January 29 at Sam Houston Memorial Funeral Home, Huntsville Texas and a memorial service will follow at 2:00pm.
Those wishing to leave memorial condolences for the family may do so at ww.shmfh.com
Published on January 27, 2020
To plant a tree in memory of William "Bill" Morris Floyd, please visit Tribute Store.

Plant a tree in memory
of William "Bill"

A place to share condolences and memories.
The guestbook expires on April 26, 2020.