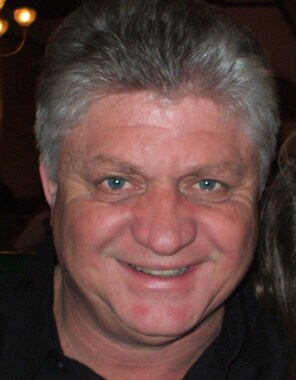 Back to William's story

William Mark Higbie Jr. passed away on Sunday, January 26, 2020 in Houston, Texas. Mark was born in San Antonio Texas to William Mark Higbie and Barbara Zaiontz on December 7, 1956. He was raised in San Antonio. He played golf, baseball and football and graduated from Robert E Lee High School in 1975. As a teenager he worked as a DJ. He worked in auto sales for over 30 years and was very proud of his time with Wiesner, Inc. His hobbies included golf, watching football, music and dancing with his wife. He had a personality larger than life. Mark is survived by his wife Shannon Higbie; son Brandon Higbie and wife Tracy; grandson Pierce Higbie; stepson Austin McWhorter; mother - Barbara Morris; sisters: Julie DeLeon, Dawn Dieckow and Kimberly Jenkins; step brothers: Darrell Morris and John Morris. He loved his nieces and nephews: Hailey, Kensley, Nirmal, Christopher, Vivian, Jillian, Beau, Ava and Sam.
Visitation is scheduled for January 31, 2020 from 5-7p.m. at Sam Houston Memorial Funeral Home, Huntsville Texas. The funeral service is scheduled for February 1, 2020 at 10 a.m.
Those wishing to leave memorial condolences for the family may do so at www.shmfh.com
Published on January 29, 2020
To plant a tree in memory of William Mark Higbie, please visit Tribute Store.

Plant a tree in memory
of William

A place to share condolences and memories.
The guestbook expires on April 28, 2020.

Felissa Hamilton
I took care of Mr. Higbie when he was at Huntsville Health Care Center for rehab. We became very good friends and he would always come back to visit me and to speak with other residents to offer encouragement. He was a good man and I will miss him.
Jennie and Bill Florian
With fond memories of Mark, Martha and Brandon as neighbors on Lapstone Drive in Houston.
Farewell Mark we shall all meet again on the other side.
Deepest Sympathy to your current family and friends.
Darrell Morris
Growing up as the youngest of the three boys I always follow whatever trouble my older brothers would think up for the sake of something fun. Which usually ended with the words of moms amazement “Just wait till your father gets home!” Mark was always the leader in that pursuit for fun and excitement. I always looked up to his confidence and his driven desire to try new things. It was always fun being around Mark. He loved life and the people around him with passion and was always ready with words of encouragement. I will miss Marks unconditional love and rock like personality and I’m sure where ever Mark is now he’s looking for something fun to do.
James "Buddy" Willis
I first met Mark in San Antonio when I was in fourth grade. His Dad lived next door and mark would visit him regularly. We had a long friendship ever since. We hunted, fished, played golf, water skied and did many other activities together throughout our friendship. Condolences to his wife, family and friends. I'm going to miss his energy and humor.
View all