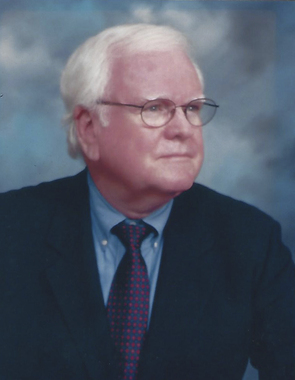 Back to William's story

William (Bill) Edward Hornbuckle, III (born June 8, 1935) went to be with the Father and Son on August 25, 2019. He was 84 years old. Bill was born and raised in Houston, Texas. Graduated from Huntsville High School (1953). Obtained a BBA from UT Austin (1958) Held a Doctor of Jurisprudence from the U of H (1961). He also had a MA in Lay Ministry from Southwestern Baptist Theological Seminary (2004). Bill was a member of the Sons of the Republic of Texas. He was a successful board-certified personal injury trial lawyer for many years and a member of the State Bar of Texas. After retiring from the legal profession, he studied theology at the seminary, and he became Ordained as a Deacon of the First Baptist Church in 2003. He taught many Sunday school classes and was a performing Lay Minister.
Education and professions aside, Bill was well respected in the community and cherished by many who knew him. Bill was friendly, kind hearted and willing to help those in need when he was able. He was a good father figure and loved by his family.
William (Bill) Edward Hornbuckle, III, was preceded in death by his parents, WM. E. Hornbuckle, Jr. and Grace Palmer Hornbuckle; his sister, Cathryn Carmen Hornbuckle Stripling; and his son, William Edward Hornbuckle, IV. Bill leaves behind his children, Elizabeth Heather Hornbuckle, Margaret Meredith Hornbuckle, James Wesley Hornbuckle and Bradford Palmer Hornbuckle; his granddaughter, Olivia Grace Browne and grandson, Nathan Hunter Hornbuckle. Bill also leaves behind his brother, Thomas Stephen Hornbuckle; his nephews, Stephen Spence Hornbuckle and David Hornbuckle, as well as his nieces, Susan Lea Hornbuckle Clifton, Sarah Hornbuckle Seitz and Rebecca Hornbuckle Whitmer.
SERVICE
TUESDAY, SEPTEMBER 10, 2019
1:00 P.M.
FIRST BAPTIST CHURCH
515 MCCULLOUGH AVENUE
SAN ANTONIO, TEXAS
INTERMENT
THURSDAY, SEPTEMBER 12, 2019
1:00 P.M.
GLENWOOD CEMETERY
2525 WASHINGTON AVENUE
HOUSTON, TEXAS

Plant a tree in memory
of William

A place to share condolences and memories.
The guestbook expires on December 05, 2019.